Julian Rizzo-Smith is a Sydney-based multimedia journalist reporting on tech, games and entertainment. 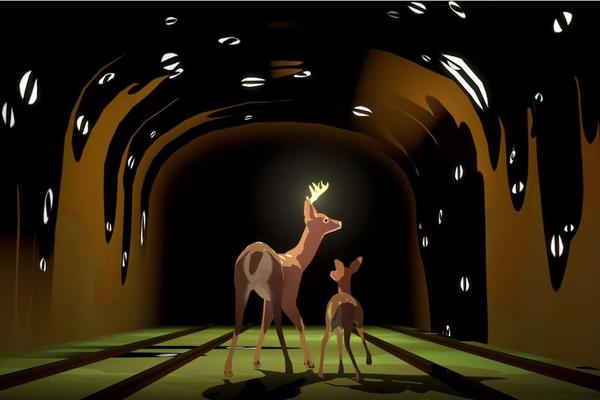 Meet The Young Aussie Behind The Most Beautiful Game Of E3

In 2016, 16-year-old Melbournite Anthony Tan began work on his “deer game”, sharing screenshots to Reddit. In 2019, Way To The Woods was shown at E3 alongside the biggest gaming franchises in the world. How was Tan to know that screenshots of his little game would explode in the Gaming subreddit? That they would be discovered by Hello Games’ Sean Murray (No Man’s Sky)? “People really, really liked it, and I was like, ‘Oh. Oh, I have to do this now,’” Tan told Junkee of the initial Reddit b 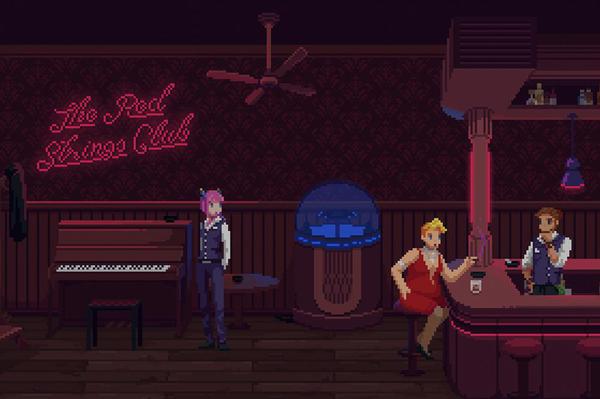 The Red Strings Club is a low-fi pixel art cyberpunk player adventure game that takes everyday activities you’ve never really seen in a game before and turns them into fascinating mechanics for persuasion. It features a sexually-diverse and celebrated world, takes philosophical stances on dystopian futures and questions ideas about ownership, the ethics of capitalism and our dependent relationship with technology and our emotions, but it all turns a bit south in the game’s final act. 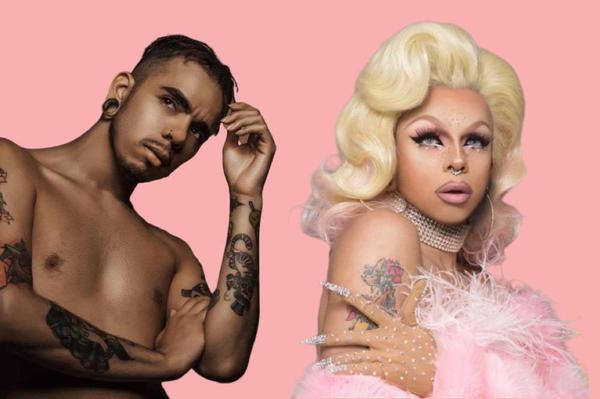 From 'Drag Race' To Overlooked Rapper: Why Aja Is Struggling To Find Their Flow

Aja finds themselves stuck between a drag persona they want to leave behind, and a rap career they can't seem to get started. Best known internationally as the fiery and iconically memeable RuPaul’s Drag Race and All Stars contestant — who famously called out Valentina on Untucked for “Looking like Linda Evangelista” — Brooklyn’s Aja has cultivated one of the most unique brands to come out of the show. Since All Stars 3 aired last year, they’ve eschewed the drag stardom they initially chased a 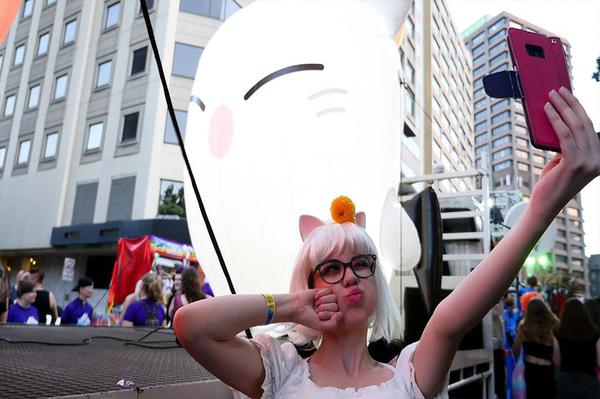 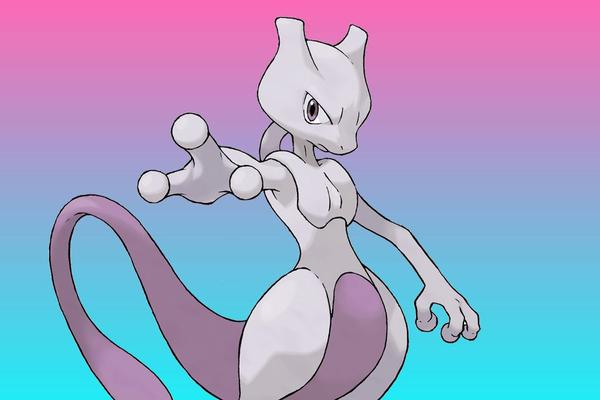 The year 1999 gave us a lot in pop culture: the best episode of Buffy the Vampire Slayer in perhaps the worst season ever, the beginning of Star Wars’ menace of a prequel, the debut album of pop star cultural philanthropist and icon Britney Spears, and the Wachowski’s unofficial Ghost in the Shell live-action called The Matrix. More importantly to me, however, it saw the best Pokemon story of all time. 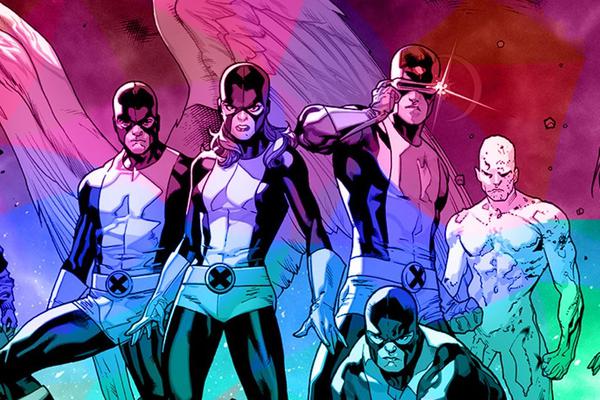 The X-Men Have Always Been Queer Superheroes, You Just Weren't Paying Attention

The X-Men are a powerful metaphor for gayness, without their creators really even realising why. 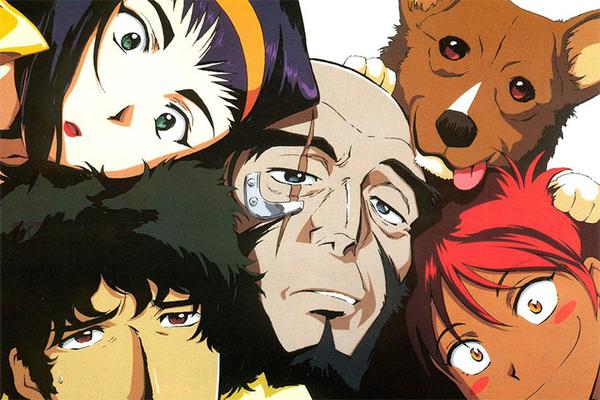 Do Japanese Games Now Occupy the Space Between Indie and AAA? 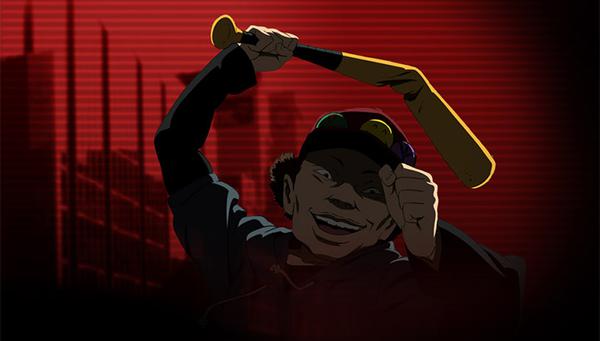 Why his unique vision is more influential than ever. 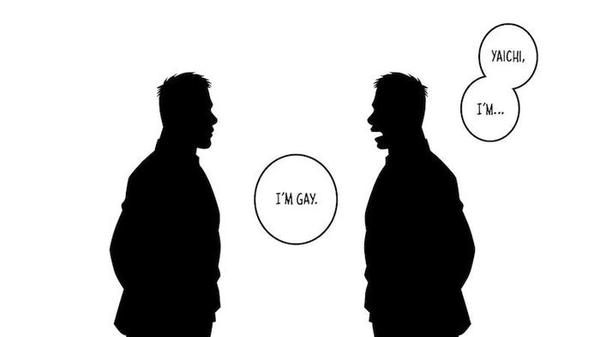 The power of LGBTQ+ representation in anime

As someone who grew up queer and a fan of anime, I struggled to find much queer representation. Compared to Western animation, with shows like X-Men being powerful metaphors for queer folk and difference, and Boys’ Love and Yaoi manga fetishising queer relationships, I never felt like my story belonged in the medium. That was, however, before I realised that anime had gradually become a queer power fantasy. 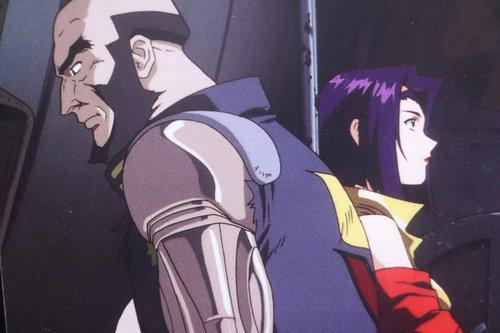 The Many Inspirations of Cowboy Bebop Director Shinichiro Watanabe

One of anime's most beloved creators takes us behind the scenes on his many iconic projects. 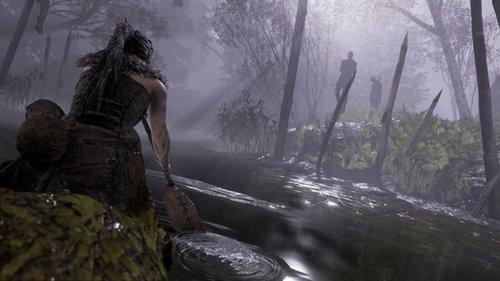 Why Senua’s Sacrifice is the most important game I’ve played this year. 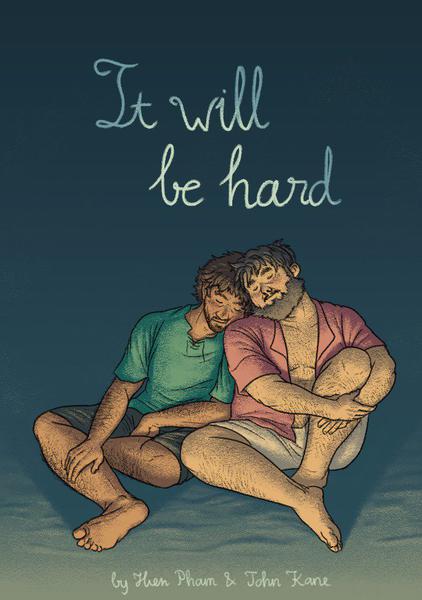 “He’s a bigger dude, he’s going to be sexy and you’re going to love it.” The independent interactive comic that’s helping to change what’s conventionally attractive.

With the growing popularity of video game discourse in mainstream media, a new Microsoft accessory is raising awareness for players with limited mobility to the wider gaming community.

How Japanese pop culture represents a fantasy image of homosexuality

Queer representation in Japanese pop culture is distinctive because unlike other cultures, it is a fantasy image created and consumed by both gay men and heterosexual women. 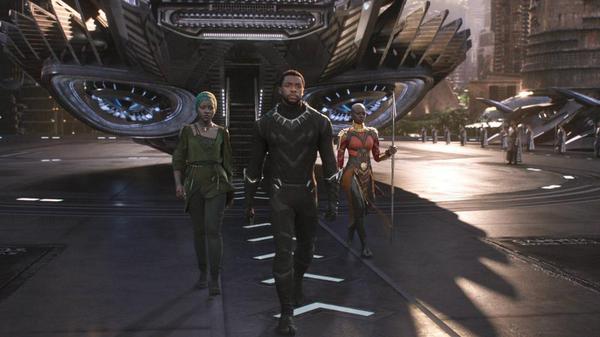 From Black Panther to Black Widow: The Future of the Marvel Cinematic Universe is Diverse

In the decade since Iron Man, its very first release, the Marvel franchise has produced another 17 movies. Those movies have starred, variously, a giant angry green guy, an anthropomorphic raccoon with a gun, a walking tree that then became a baby walking tree and three different versions of a teenager who shoots sticky white stuff from his, ah, hands. But female heroine Black

What makes Japanese animation so special, second to its imaginative and creative visuals, is its ability to predict the future of science fiction while also grounded by Japan’s 20th century history. 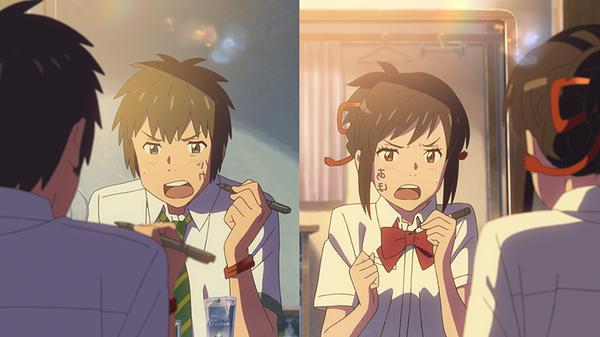 Why we shouldn't call 'Your Name' the next 'Spirited Away'

Simply dubbing 'Your Name' the “next 'Spirited Away'” is wrong. 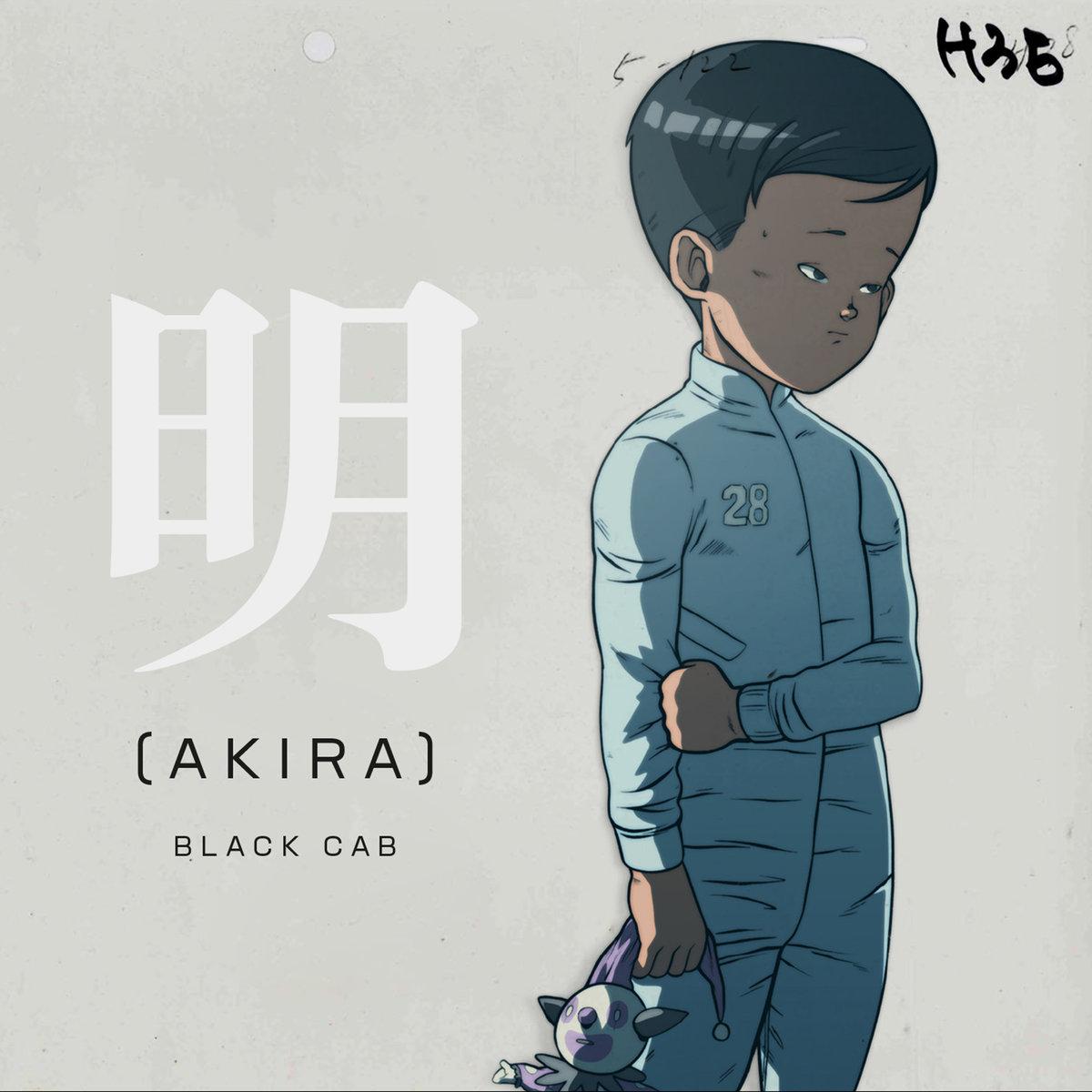 Melbourne-based artists Black Cab’s latest album, Akira, pays tribute to “the dark heart of Japanese sci-fi anime.” Based on the audio and visual aesthetics of Katsuhiro Otomo’s seminal 1988 dystopian sci-fi anime film, Akira, the album is designed as an alternative soundtrack to the film and was inspired by classic sci-fi, such as Neon Genesis Evangelion, Ghost in the Shell, Blade Runner, and the synth soundtrack to Apocalypse Now. 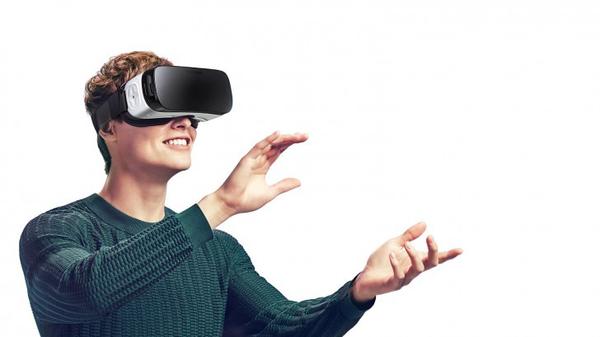 Mobile Virtual Reality: is it just VR on the go or something more? Julian Rizzo-Smiith is on the case... 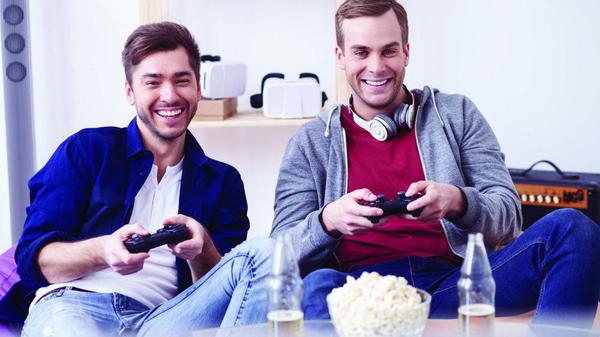 Gayming: Bringing the queer community together one level at a time

AWAY from the mainstream gaming community, and the industry’s discrimination against queer people, the LGBTI community has come together to share their love of video games in a safe space.
Close ✕